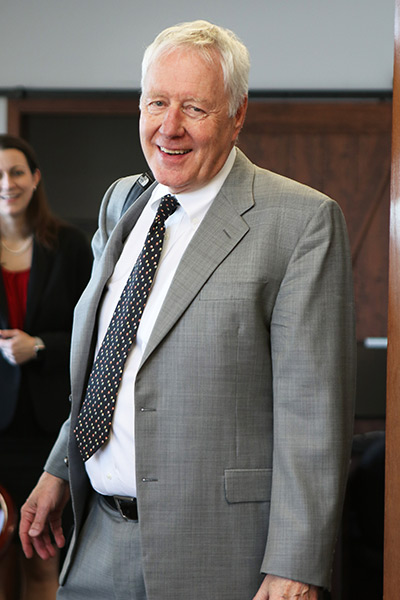 Bill Broughton is recognized as a highly skilled trial attorney in the West Sound for over 35 years. Bill spent his early years in public service. As City Attorney for Bremerton, his office modernized Bremerton’s insurance and risk management functions bringing most cases in-house for defense. His office “stopped the bleeding” from insurance claims and Labor and Industry cases, obtaining defense verdicts in several trials against the City and its agents.

After entering private practice, Bill continued his active civil litigation practice. He has tried bench and jury trials involving catastrophic injury, construction disputes, partnership litigation, will contests and business disputes. In his decades of handling complex cases, Bill also has established relationships with experts in many areas. These deep resources help Bill build thorough, convincing arguments on behalf of his clients. The result is a long list of victories in a variety of litigation.

Bill has also been the lead attorney on a number of appellate cases. Examples of his appellate work are found in the following published opinions:

Confirmed the priority of a mechanics lien when recorded on public property.

Bill is committed to our community. He has handled several pro-bono cases of public interest. Bill has served on a variety of boards and committees and is the current President of the Kitsap Building Association.

DISCLAIMER: This is the fine print, but our fine print is regular size and in clear language. These client quotes and settlement/verdict figures are examples of the results we have obtained for others. Their cases were different from yours, so your result is sure to be different. We post these results for you to see that we have a track record of hard work, client service, and trial success. We won’t guarantee the results of your case, but we will guarantee to bring the same passion, skill, and experience when we fight for you.