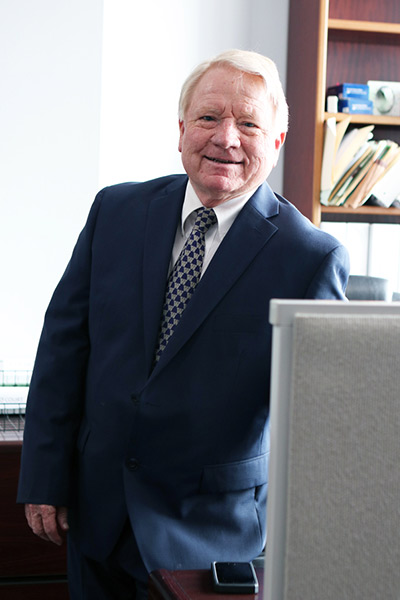 Before retiring in 2021 Ron Templeton was well recognized as a leading practitioner in the West Sound for over 35 years. During his career, Ron has represented a variety of governmental, non-profit and private sector clients, including Kitsap Transit, Housing Kitsap, Kitsap Bank and some of the county’s largest building contractors, developers and land owners. He has negotiated, drafted and litigated contracts for major developments, intergovernmental agreements, residential, retail and commercial acquisitions and transactions involving both public and private parties. Ron negotiated and drafted the initial intergovernmental agreements and many of the collateral agreements for the Bremerton Harborside Development project; crafted, negotiated and drafted the work-out and loan agreements on behalf of Kitsap County and Housing Kitsap following the Authority’s loan defaults; assisted Kitsap Transit in crafting legislation that allowed Kitsap Transit and private sector operators to initiate cross-sound passenger-only ferry service and negotiated and drafted cross-sound ferry operating agreements and construction contracts for Kitsap Transit’s ferry service.

Ron has substantial experience in land use matters including condemnation proceedings, negotiation and drafting of conservation easements, purchase and sale agreements, owners associations, intergovernmental, public and private agreements for development and construction as well as real estate, construction, land use and other civil litigation. In addition to real estate, land use, municipal and non-profit matters, Ron has a substantial estate planning practice that includes wills, trusts and estates.

Ron is well known for his commitment to our community. He has handled several pro-bono cases of public interest. Ron has been a member of the CK Presbyterian Church and the Silverdale Rotary Club for over 30 years, has served on a variety of boards and committees and promoted and undertaken fundraising activities for many organizations including the Boy Scouts and the University of Washington. He coached youth football and baseball for many years. Ron has been married to his wife, Peg, for 37 years and has two children, Ryan and Derek. Ron is a graduate of the University of Washington, attended the University of Santa Clara School of Law and graduated from the University of Puget Sound School of Law where he was the brief writer for the Moot Court Board and was voted the Phi-Delta Phi Graduate of the Year. 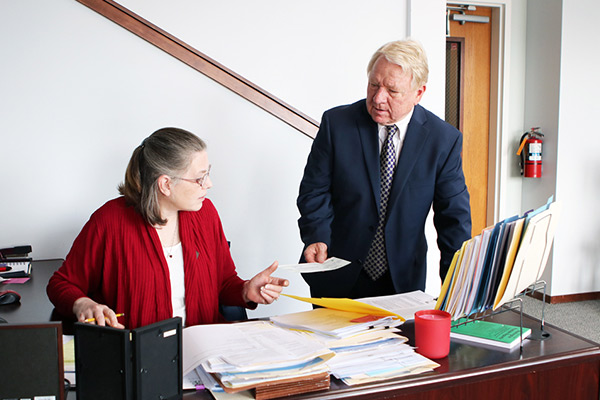