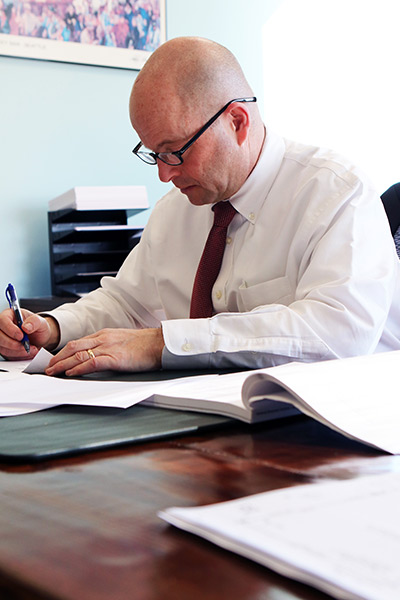 After graduating from the college, David served as a Captain in the United States Marine Corps. Following several tours that took him to Iraq and other trouble spots, David was assigned as the Marine Corps Detachment Executive Officer on the USS Carl Vinson. After leaving active duty he graduated Magna Cum Laude from Seattle University School of Law. During law school, David joined a local Silverdale firm working as a prosecutor in municipal court. David then went to work for a growing firm in Seattle working primarily on construction litigation. But because he missed Kitsap County – he accepted an “in-house” position with the City of Bremerton. In 2005, David formed his own firm.

David’s practice ranges from complex civil litigation to commercial evictions. He represents property owners, municipalities, businesses and individuals in real estate, construction, land use and other civil litigation. David is admitted to practice in all Washington Courts, Federal Court for the Western District of Washington and the Ninth Circuit Court of Appeals. He has successfully tried and argued cases in all levels of Washington’s courts; from municipal court to the Washington Supreme Court.

He lives in Port Orchard with his wife, Kylie, kids, and reasonably well-behaved dogs, Murphy and Taco.  In his spare time, he sails with his family, hikes the PNW, builds and paddles kayaks, skis, and runs much slower than he used to.